My book, High-Impact Life: A Sports Agent’s Secrets to Finding and Fulfilling a Purpose You Can’t Lose is available for pre-order now. Click the button to learn more.

A course for anyone and everyone who loves sports and wants to learn about the industry. 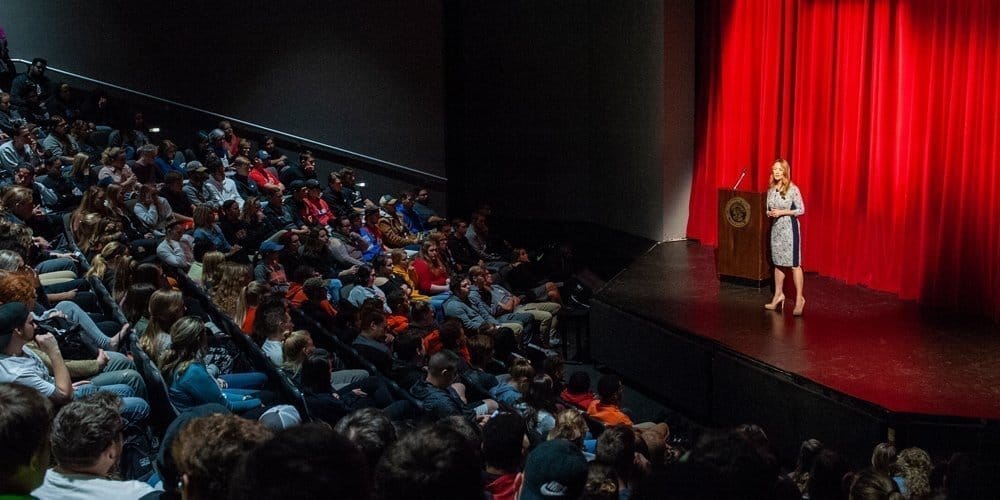 This is a live online course taught by Kelli Masters. Those exploring Sports Law and Business as a career will also have the chance to participate in networking opportunities, both online and in person.

This is a law school caliber non-credit course open to anyone, not just law students. If you are interested in learning more about sports law and the sports business world, this course is for you.

Here's a preview what we'll cover together in each week of this course.

In week 1, we cover topics like: how to get started in the business, the role of an agent or manager, and the realities of the business.

The Job of a Sports Agent

The rules of the game, the process of recruiting and signing clients, and the duties of an agent or manager

Negotiation skills and strategies, the nuts and bolts of a player/team contract, the ever-changing endorsement contract landscape.

Being a General Manager

Learn the educational and practical steps to working in the front office of a professional sports team – and what it takes to become a General Manager!  Understand the day to day role of a GM, and the demands of the job.

The World of Scouting

Learn the process of becoming a scout or working in the scouting department of a professional team.  Understand the ins and outs of the scouting world.

A look behind the scenes in the business of coaching professional athletes.  You will gain understanding about coaching contracts, the role each coach plays (from quality control to head coach) and how coaches get their start in the business.

Does the NCAA need an overhaul? What is the future of college sports? Youth sports, Clubs and travel teams – what you need to know.

Learn how sports contracts are negotiated and all the factors that must be considered when reaching a deal, whether it is a player’s contract with a team or an endorsement deal with a sponsor.

Understanding the complex world of trademarks, copyright laws and other IP rights of athletes, teams, and companies.

A discussion of important issues about diversity, discrimination and more.

How Olympic sports are governed, what rules and regulations apply, and who enforces them.

What everyone needs to know about the current state of sports betting, and where we are heading.

What are the hottest topics and trends in sports law and business? Go behind the headlines to discover issues and opportunities the sports industry.

The Future of Sports Business

As we look to the future of sports and sports business, what are the expectations?  From the emergence of esports to ongoing concerns about health and safety, we will dig into the issues of not only today, but tomorrow as well.

Recognized as one of the most influential women in sports business, Kelli Masters often hears, "You have a DREAM JOB." But she chooses to inspire others not with her successes, but with her vulnerability, sharing not only the victories but also the battles and failures along the way. Kelli is an attorney, an NFL sports agent and Founder and President of KMM Sports, a full-service sports management company with offices in New York, Los Angeles and her hometown of Oklahoma City.

Kelli has represented more professional athletes than any woman in the industry, having served as agent/contract advisor to players in every NFL draft since 2006 as well as numerous athletes in the MLB draft and the Olympics. In 2010, she made history as the first woman to represent a first round pick in the NFL Draft. Her story of progress through pain was featured as part of Motrin's national "Women in Progress" campaign in 2017.

Kelli is a former National and World Champion baton twirler, and was also Miss Oklahoma 1997, winning awards for talent and community service at the Miss America pageant that year. Currently, Kelli serves as an Adjunct Professor at Oklahoma City University and Oklahoma Christian University, teaching Sports Law. She is a sought-after writer and speaker on topics of sports and nonprofit as well as leadership, diversity and discovering purpose in life. Her first book, Dream Job, will launch in 2019.

What Others Are Saying

Sports Law with Kelli Masters and was my favorite class that I have taken in my four years in school. She taught us a lot about the inner workings sports law, which entails the things we hear about on sports shows every day like contract negotiations, the Collective Bargaining Agreements, the ins and outs of trades and free agency.

It was a once in a lifetime perspective and experience to be taught about those things by someone so successful in the business. Kelli is also great because she is very transparent about what is going on in her world, so we got to hear about her everyday life and her work with teams and players.

The guest speakers she brings in are incredible. You will gain so much knowledge from them and have some pretty cool stories to tell about the people you met. If you are considering taking the class I encourage you to enroll in it ASAP. Get ready for an awesome semester!

Live classes will be offered at both 12noon (CT) and 6:00PM (CT), you may attend either at your convenience. Please note, guest speakers will be live during the 12noon class time only. Video recordings will be available to all registered students.

When are the classes?

The Live classes begin May 8, 2019 and proceed with 1 class per week for 15 weeks. On each class day, there will be 2 sessions of the same class, one at 12noon CT and the other at 6:00PM CT. Kelli will teach each session live so that you can ask questions and interact no matter which you choose to attend. please note that special guests will be live during only the 12noon CT session.

Why should I take this course?

If you love sports and/or are interested in a career in sports law or sports business, this course can open your eyes to all the opportunities available to you.  You’ll be given guidance and tools to navigate the sports industry with a clear understanding of how things work and what to expect.  Whether you are considering a career move or contemplating graduate or law school, this course can help you make the right decisions about your future in the sports world.

What are the other benefits of taking this course?

In addition to learning valuable information and making important connections in the sports industry, your performance in the class may open doors to future internships (with KMM and others).  Also, one lucky participant per course will be selected to attend an NFL game with KMM Sports – getting the full game day sports agent experience!

Will I have opportunities to ask questions and network?

Yes!  This is a live course and I will be able to answer your questions in real time.  You will also be able to interact with the other attendees and special guest speakers from the sports world.  Additionally, we will have optional “in person” events which will provide one-of-a-kind networking opportunities.

Will there be networking opportunities?

In addition to learning valuable information and making important connections in the sports industry, your performance in the class may open doors to future internships (with KMM and others).  Also, one lucky participant per course will be selected to attend an NFL game with KMM Sports – getting the full game day sports agent experience!

How many weeks should I choose?

Choose the length that fits your interest (see the syllabus for week by week class agenda). The shorter terms are designed for those who are interested in exploring this industry without the longer term commitment.

PLEASE NOTE: Only students enrolled in the FULL 15 week course will receive a course certificate (as well as certain additional benefits like access to a private industry network).

What if I miss a class?

Live classes will be recorded. If you miss a session, you can access video in the member area for that week. You may also submit questions for Kelli or special guests in advance of each session.

Will there be homework?

I will provide reading materials for most of the classes, but it will not be required.  We may have class projects, but those will require very little time outside of our set class time.

Can I upgrade (extend) my enrollment?

Yes. All upgrades are automatically pro-rated. However, please note that any course discounts must be active at the time of upgrade to apply.

For example, if your initial registration receives the "early-bird" discount and you upgrade during the course, you will not receive the discount on the upgrade enrollment since the early bird period has expired.